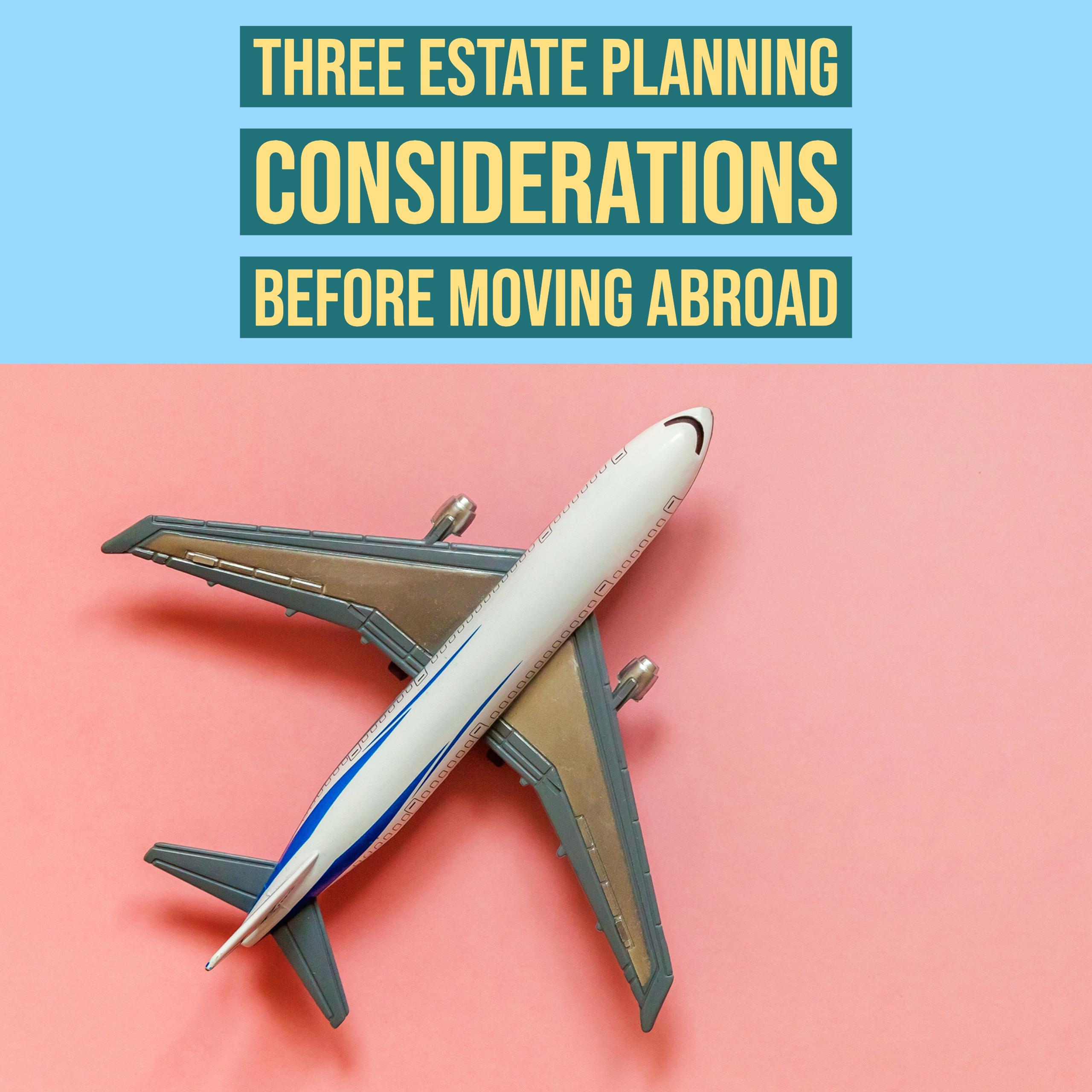 As part of the 2017 tax reform bill (Tax Cut and Jobs Act of 2017), the United States estate tax exemption amount was raised to approximately $11.4 million per individual in 2019 or $22.8 million per couple.  As a result, the estate planning and financial planning concerns of most Americans have changed radically.  According to the Washington Post, only about 2000 individuals per year will end up owing estate taxes under the current limits. While they should still be worried about an effective estate plan to help ensure that minor children, spouses, and family are protected, under the current regime, few Americans have to worry about effective estate planning in order to avoid future tax bills.

However, if an American decides to move abroad, they can bring local estate or inheritance tax laws into play and, consequently, be faced with a new set of complications– especially as their U.S. estate planning tools may not necessarily work in their new country.  Below are three important items any American should consider before they more or retire abroad:

IDENTIFY YOUR ASSETS AND WHERE THEY ARE LOCATED

Will you still own a house in the United States? In your new country? A business? Or will you simply own stocks and bonds? Where are those located?  The answer isn’t as straightforward as one might suspect. Instead, Americans living abroad may have to consult the Estate Tax treaty between the United States and their country of residence to determine where the assets are located (situs is the legal term for the legal location of property) for estate tax purposes.  The United States has treaties with 15 countries currently.

Even without a treaty, American expats will want to ensure that the value of their situs assets in that country don’t exceed local estate or inheritance tax amounts.  Or if they do, they have prepared a plan to handle such taxes when they come due.

MAKE SURE YOUR WILL IS RECOGNIZED WHERE YOU LIVE

The U.S. system for determining how assets are distributed by a decedent to the beneficiaries (commonly known as probate) is not universal and several countries do not allow people to simply determine to whom they wish to distribute their assets, but instead, the legal code may dictate who receives the assets.  However, in several cases, there are ways for Americans to have their wills accepted by local authorities.  For instance, in the European Union, there is regulation 650/2012 which allows for European Union residents to select their home country’s laws as those governing probate or the distribution of their assets.  Note, however, this doesn’t allow for Americans to bypass laws governing taxes!

Relatedly, not all countries recognize trusts and as a consequence, an American trust can cause large headaches from a foreign country taxation perspective.  For instance, in certain countries, distributions from the trust can be taxed both at the level of the trust and at the level of the recipient.  As a result, trust distributions taxes can approach 70% or 80%.  Consequently, Americans outside of the United States who need the protections of trusts should consider a wide variety of “trust substitutes” including direct gifting, 529 plans, or other strategies.