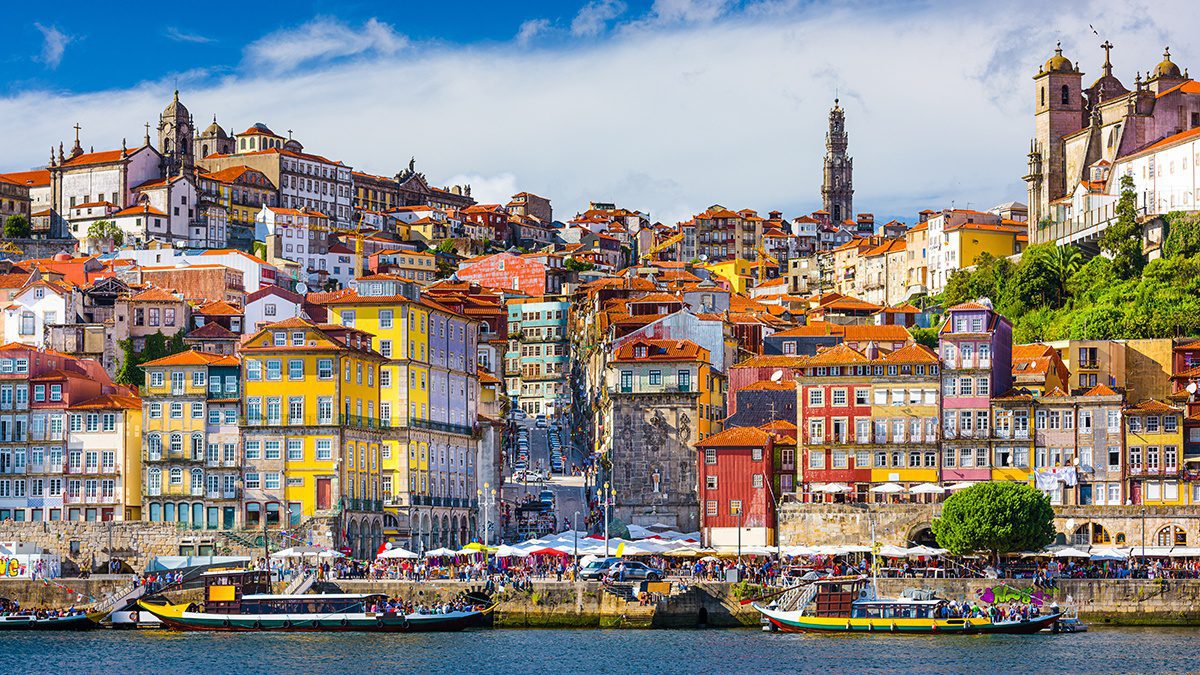 What to Consider Before Moving to Portugal as a US Expat

Portugal has been a very attractive retirement destination for foreigners for a long time, and I suspect that in places such as the coastal towns of the Algarve, you might wonder whether Portugal was part of the British Commonwealth of Nations, given the abundance of retired Brits. Portugal has grown tremendously in recent years as a popular destination for Americans, too, and the amount of clients that we serve that now call Portugal home has been an undeniably prominent trend recently.

In this article we’ll explore five topics that every American moving to Portugal, or considering a move, should know. Whether you plan to work, start or continue a business, or retire in Portugal, these are subjects that you may pique your interest, and perhaps invite further conversations with us as you refine your plans to move to Portugal as an expatriate.

(… and we’re not just talking about the pleasant Mediterranean climate!)

Portugal has long been an expatriate haven, but largely for Europeans. In recent years, however, the growth of the expat population has been rather explosive. In 2018, for example, the Portuguese immigration service (SEF) reported that the number of expats in Portugal grew 13.9% to over 480,000 – a very significant number for a relatively small country. U.S. expats are catching on, too, and there are many reasons to ride the expat wave to Portugal. Some of the legal/immigration and fiscal/tax advantages of Portugal are considered in other sections, but it would be remiss not to lead with the quality of life considerations. A very pleasant climate, a very welcoming and neighborly culture, low crime, affordable health care, great food and wine, and a relatively low cost of living compared to its Western European neighbors all come together to make Portugal a particularly attractive option for expats of all ages. In fact, International Living rated Portugal fifth on its Global Retirement Index, which is based on a study of a comprehensive list of metrics. European neighbors France and Malta came in at eighth and ninth, respectively, making Portugal the top European country on the list.

Get to Know and Understand the NHR Program

One of the factors that can make Europe a problematic option for expats would be the relatively high taxes that dot the European landscape. Higher income tax rates, wealth cases, inheritance taxes, gift taxes, stamp duties, solidarity taxes, etc. seem to be a daunting fiscal obstacle for expats. Since 2009, Portugal has endeavored to make itself a more attractive option through the Non-Habitual Residence Program, or NHR. It’s not a very apt name, because you have to be a tax resident before you can apply to the NHR program. Participation in the NHR program lasts only up to 10 years, at which point the expat remaining in Portugal would be taxed at Portuguese income tax rates (which can exceed 50% for higher incomes) on their worldwide income.

If you do opt in the NHR program, most income that is non-Portuguese source income will not be taxed in Portugal. We say “most” for two very important reasons. First, as of March 31, 2020, Portugal started to tax foreign pension income flowing to NHR participants, but only at a rate of 10%. If you have a U.S. pension or IRA and tax distributions, it is very unlikely that you are not paying a higher federal income tax rate than 10%, and the amount you pay in Portuguese income tax on these distributions will produce a foreign tax credit that you can use to directly reduce your U.S. tax liability from this income. Second, and this is where things get rather gray in terms of how Portugal taxes income, it is not clear that all passive income from investments outside of Portugal will not be subject to Portuguese income tax, and opinions, even from accountants, vary on this subject. It is clear that rental income and capital gains from the sale of investment real estate outside of Portugal is not taxed in Portugal. However, income from securities investments (intangible assets) – capital gains, interest, and dividends – may, in fact, be taxed at the standard Portuguese rate in Portugal. You will read many expat sites that state otherwise, but much of the literature is directed at non-U.S. expats (particularly Brits), and it may well be that the specific wording on taxation of dividends and capital gains on intangible property within the income tax treaty between the U.S. and Portugal augers a different, unfavorable outcome. We would encourage you to find and consult with a tax preparer in Portugal to make the final determination on that issue. Either way, the tax treatment of passive income for NHR expats will rate competitively against the tax rates experienced in other developed countries.

No Wealth Tax in Portugal

While other countries in Western Europe have conceived new ways to tax their most affluent tax residents based on the level of their affluence (examples include the Swiss Wealth Tax and the Netherlands “Imputed Income” (Box 2) tax), Portugal does not have these types of taxes. However, similar to the French “Impôt sur la Fortune Immobilière” (IFI), which we discussed in this blog post, Portugal recently (2017) has also developed a national property tax on it’s wealthiest property holders. This tax applies only on properties valued above €600,000 for individuals or €1.2 million for property owned jointly by married couples, with annual property tax rates ranging from 0.4% to 1.0%. Of note, unlike the French wealth tax on real property, Portugal’s national property tax applies only to high-value Portuguese real estate and does not apply to properties owned outside of Portugal.

No Transfer Taxes in Portugal (Sort Of)

Another differentiator in favor of Portugal is the absence of wealth transfer taxes, which is to say taxation upon the gifting of wealth during one’s lifetime and/or taxation upon inheriting wealth. Western Europe can be a great region of the globe to live, especially given their evolved healthcare systems, but it can be a terrible place to die (or to generously share your prosperity with others beforehand), namely because of their draconian taxation of inheritance and gifts. Since 2004, Portugal became a major exception to that general rule, when it abolished gift and inheritance tax. However, the affluent owner of assets within Portugal should become keenly aware of the stamp duty, which applies to the transfer of Portuguese assets through gifts or by inheritance. The stamp duty applies to transfers to someone other than the owner/decedent’s spouse or lineal descendant (children, grandchildren, etc.) and is imposed at a hefty rate of 10%. Additionally, for income tax purposes, the recipient does not receive a step-up in basis on the gifted or bequeathed property in Portugal, which means potentially significant capital gains

taxes (28% for residents, 25% for non-residents) if the benefactor turns around and sells the Portuguese property.

Trusts May Surprisingly Work Reasonably Well If You Relocate to Portugal

First, as a rule, an expat should always have their estate plan reviewed by a local estate planning expert in their prospective country of residence before moving abroad with an incumbent estate plan, particularly if that estate plan has trusts featured within the plan. It is worth emphasizing that most Civil Law countries (of which Portugal is most certainly a member nation with a Roman law heritage) do not recognize trusts and, therefore, trusts usually create legal and tax chaos when applied in a civil law context.

However, 2015 legal reforms introducing the concept of “fiduciary structures,” and more recent court decisions in Portugal applying these newer laws to trusts have surprisingly led to income tax outcomes on trust distributions that appear much more benign, surprisingly akin to U.S. taxation of trust distributions. For example, these tax decisions have held that ordinary distributions to Portuguese beneficiaries from trust investments receive capital gains treatment (28% tax rate), and no income tax would be assessed upon terminating a trust and distributing its assets to the beneficiaries. In that latter case, only the stamp duties would likely apply to the beneficiary who is not the spouse or lineal descendant of the settlor of the trust. This compares quite favorably in comparison that such distributions would receive in most European civil law jurisdictions (such as France or Germany). With such tolerance for common law structures, perhaps it is not surprising that so many Brits feel very much at home in retirement in Portugal!

Whether you are already residing in Portugal or contemplating moving to Portugal as a U.S. expat and are looking for someone to help you with wealth management, please feel free to reach out to Walkner Condon Financial Advisors to discuss your specific situation.

← Moving to France from the U.S.: Five Things for U.S. Expats to Know Wells Fargo Shuts Down International Investing. How Will this Impact U.S. Expats and Expat-Focused Financial Advisors? →
This website uses cookies to improve your experience. We'll assume you're ok with this, but you can opt-out if you wish. Cookie settings ACCEPT
Privacy & Cookies Policy