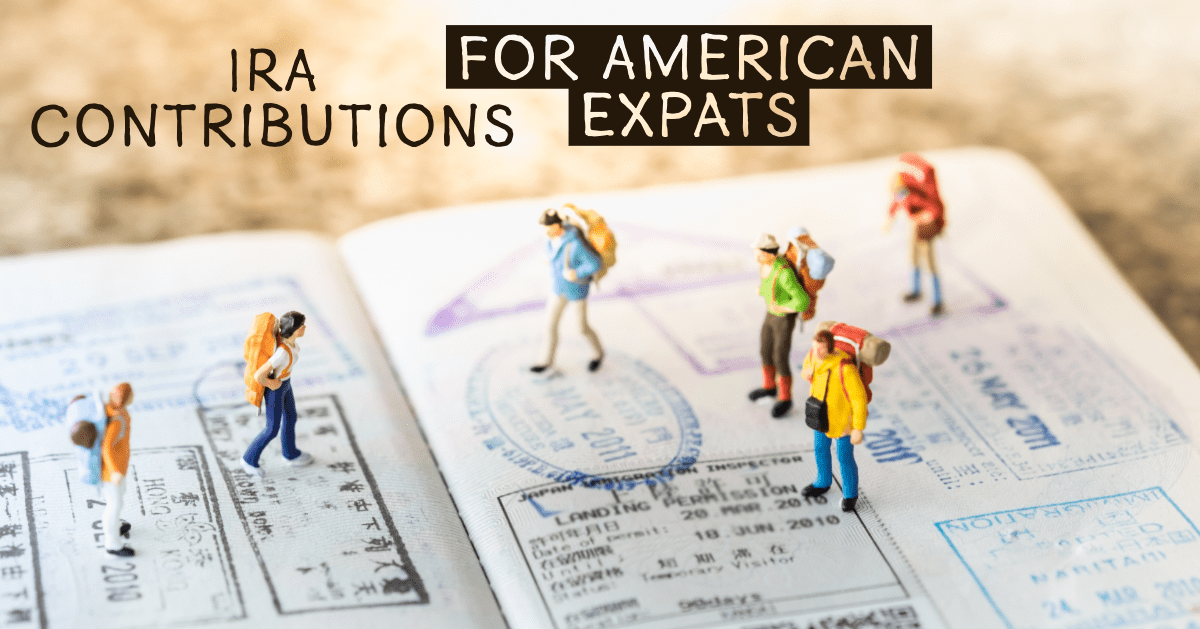 Should I Contribute to an IRA as an American Expat?

Years of advice on retirement have left many Americans convinced that the only way they can save for retirement is through an IRA or a 401(k); however, this is not the case and in many cases, particularly for Americans abroad, putting money into an IRA can actually be worse for their retirement goals as these accounts may not provide the same benefits in U.S.-terms in the country of residence.

There are many sources of information on the internet for this decision– however, all too often they focus on the American side of the decision. The key questions here are as follows:

Do I have U.S. earned income? If an American abroad is taking advantage of the Foreign Earned Income Exclusion on their non-U.S. income, then they have no earned income and cannot contribute to an IRA.

If you use tax credits for foreign income paid or also have a source of U.S. earned income, then you may be eligible to reduce U.S. taxes owed by contributing to an IRA.

However, there are additional considerations for Americans abroad:

If the client lives in a country where the tax rates are higher than in the United States, they will essentially be putting after-tax income into the IRA and through tax credits may not actually owe taxes in the U.S. that need reducing.

Does the treaty with the local jurisdiction cover IRAs?  If the treaty does not cover the deferral of earnings in pension plans, then it is possible that the earnings on IRAs would be taxed in the country of residence, which would be an ongoing nightmare from an accounting perspective and eliminate the chief advantage of the retirement account from a long-term planning perspective.

This only touches on the issues facing Americans abroad and their complications in terms of the traditional IRA account– such concerns become greater when the conversation begins to involve Roth IRA accounts, which are discussed in fewer treaties and may propose complications on the U.S. side as well.